Prime Minister Viktor Orbán: the Curia should make a decision on the legality of fx loans.

Prime Minister Viktor Orbán said during one of his regular Friday-morning interviews on state-run Kossuth Radio on November 8, 2013 that the Curia (Kúria)—the Fidesz-renamed former Supreme Court of Hungary—should issue a decision establishing legal uniformity with regard to the lawfulness of foreign-currency-denominated loan contracts (source in Hungarian).

The prime minister said that such a decision was necessary due to conflicting verdicts on the validity of fx loans from lower courts: “This is why we must prompt the leaders of the justice system, primarily the Curia, to sooner or later put things in order in this area . . . “ (source in Hungarian).

On November 25, the Curia initiated proceedings to establish such legal uniformity with regard to foreign-currency-denominated loans. 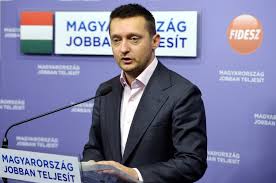 Fidesz National Assembly caucus Chairman Antal Rogán: the Curia stood on the side of banks.

On December 16, the Curia issued its decision on the matter, declaring that foreign-currency-denominated loan contracts were legally valid and did not violate moral standards or represent usury. The supreme court proclaimed that borrowers bore the risks of exchange-rate fluctuations affecting the amount of their repayments on fx loans.

The Curia declined to pronounce a verdict on the legality of unilateral fx-loan contract modifications, turning instead to the Court of Justice of the European Union in Luxembourg for a decision on this issue (source in Hungarian).

Immediately following the Curia’s decision, Fidesz National Assembly caucus Chairman Antal Rogán said during a press conference: “We are disappointed, because the supreme judicial forum has also stood on the side of banks, since this decision explicitly states that the borrowers have to bear the exchange-rate risk” (source in Hungarian). 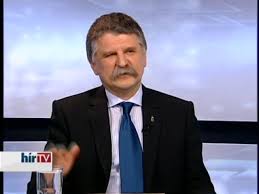 On December 19, National Assembly Speaker László Kövér said during an interview on the pro-government commercial television station Hír TV: “This was a cowardly decision, let’s just leave it at that. Instead of taking responsibility, the esteemed judicial body found a legalistic solution, tried to find an easy way out, and thank you very much, it will wait for the European Court to make a decision on this question at some time in the future and will, as it were, transmit this decision to Hungary” (source in Hungarian).

On December 20, Fidesz National Assembly representative and mayor of the city of Debrecen (eastern Hungary) Lajos Kósa referred to the Curia’s decision as a “bad, conflict-avoiding and cowardly step” that “exclusively favored banks” (source in Hungarian).

Speaking in Brussels later that day, Prime Minister Orbán stated that the “Curia stood on the side of the banks” when it made its decision on the validity of fx loan contracts (source in Hungarian).

Fidesz officials from the top down did not hesitate to criticize the Curia’s verdict on the issue of fx loans.

It has not always been this way.

After the Budapest Court of Appeals dissolved the radical-nationalist paramilitary Hungarian Guard in July 2009, Fidesz issued the following statement (source in Hungarian from fidesz.hu website):

Fidesz does not wish to comment with regard to the legally binding verdict of the Budapest Court of Appeals pronounced on Thursday dissolving the Hungarian Guard. Fidesz is the party of order and legality. Fidesz—as a political organization—has not in the past nor will in the future make comment regarding court verdicts.

Fidesz statement following the legal dissolution of the Hungarian Guard: the party does not comment on court decisions.

Fidesz would undoubtedly respond to this apparent contradiction by claiming that Orbán, Kövér, Rogán and Kósa had all expressed individual opinions in their criticism of the Curia’s decision on fx loan contracts and were not speaking on behalf of the party. Fidesz officials use this tactic all the time: they claim to speak in the name of the entire party (or the entire Hungarian nation) in their own pronouncements, though decline to recognize this collectivity when asked to account for discomfiting statements from other Fidesz officials, claiming that they reflected private viewpoints. 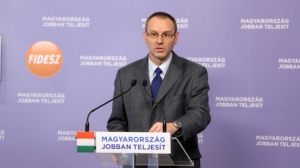 Fidesz Spokesman Róbert Zsigó: the Curia stood on the side of banks.

However, Fidesz Spokesman Róbert Zsigó, whose statements can hardly be said to reflect mere personal opinion, also criticized the Curia’s decision on fx loans, asserting during a press conference on December 21: “With this verdict, the Curia has stood unambiguously on the side of the banks, just as the Gyurcsány-Bajnai governments did when they unleashed foreign-currency loans on the people.” (source in Hungarian).

Here again Fidesz wants to have its cake and eat it too, adhering strictly to the principle of judicial independence when it is to the party’s benefit not to take a stand on legal decisions, such as in 2009 when it did not want to risk alienating potential radical-nationalist voters by expressing approval for the dissolution of the Hungarian Guard, and totally ignoring this principle when it is to the party’s political advantage to do so.