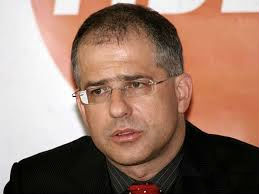 Lajos Kósa is a Fidesz National Assembly representative who served as the party’s caucus chairman from October 2015 to October 2017.

Grew up and completed high school in Debrecen. Studied planned economy at the Karl Marx University of Economic Sciences in Budapest from 1984-1989, though did not complete his degree.

Participated in the earliest activities of Fidesz, though was not among 37 signatories of the party’s founding declaration in March 1988.