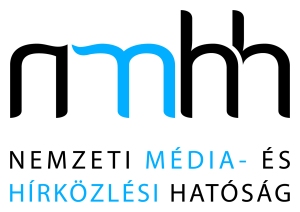 The law also established as a constituent body of the NMHH the five-member Media Council (Médiatanács).

In December 2010, the Fidesz-KDNP governing alliance passed a law (text in English) providing the NMHH Media Council with the right to issue and determine the winner of tenders for state-owned radio and television frequencies. The law also furnished the Media Council with the authority to impose fines on media distributors or force them to terminate transmission or publication of media services if the council determined that they had violated the Law on Freedom of the Press and the Fundamental Rules of Media Content adopted the previous month (see Media Laws).

The law establishes a Nominating Committee composed of one member from each National Assembly caucus to appoint candidates to serve as the other four members of the Media Council. The law stipulates that each member of the Nominating Committee shall command the same number of votes as the number of representatives in the member’s National Assembly caucus.

The law authorizes the National Assembly to elect by a two-thirds majority the president and the four members of the NMHH’s Media Council for a period of nine years.

According to the law, if the National Assembly does not elect the appointed president of the NMHH to serve as president of the body’s Media Council, the NMHH president shall continue to convene and conduct meetings of the council, though shall not have executive authority.

The law states that the president of the Media Council may not serve more than one term in office.

The law provided the Media Council with the authority to manage and appoint the director of the Media Services and Support Trust Fund (MTVA) established via the same legislation in order to supervise the operations of the country’s four state-run media—Hungarian Radio, Hungarian Television, Duna Television and the Hungarian News Agency.

Annamária Szalai served as the president of the Media Council from its establishment until her death in April 2013. On September 9, 2013, National Assembly representatives from the Fidesz-KDNP alliance elected lawyer Monika Karas to replace Szalai (source in Hungarian).

In 2016 and 2017, the NMHH authorized Orbán government oligarchs Lőrinc Mészáros and Andy Vajna to acquire 15 of the 19 regional newspapers published in Hungary (sources A and B in Hungarian). However, in 2017 the NMHH would not permit RTL Hungary—which operates the television station RTL Klub that has been critical of the Orbán government—to purchase 30 percent of the company that publishes weekly magazines such as Nők Lapja (Women’s Journal), the Hungarian-language versions of Cosmopolitan and Elle and the news website 24.hu on the grounds that it would result in “ownership concentration” that would “jeopardize the assertion of the right to gain information from diverse sources” (source in Hungarian).