Faces that have come back to haunt.

The second and third Orbán governments initiated several measures in 2011 and 2014 aimed at reducing the enormous amount of Swiss franc–denominated and euro-denominated household debt in Hungary.

In 2011 the Orbán government came to an agreement with the Hungarian Bank Association (Magyar Bankszövetség)—the organization that represents banks in Hungary—to allow foreign-currency (FX) borrowers to repay either installments or the entire sum of their retail loans at fixed Swiss franc and euro exchange-rates that were significantly lower than the market rates.

In July 2014 the National Assembly adopted a law in accordance with a decision from the Curia (Kúria)—Hungary’s Supreme Court—that compelled banks to reimburse household borrowers for increases in repayments on Swiss franc–denominated and euro-denominated loans resulting from unilateral hikes in the interest rate on such loans and the use of bank-specified buy and sell rates rather than the official National Bank of Hungary rate in calculation of disbursement and repayment of them. 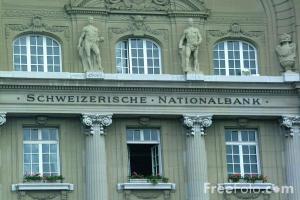 Banks began offering borrowers loans, predominantly home loans, denominated in Swiss francs and euros rather than forints primarily because the central-bank-stipulated interest rates on these foreign currencies were lower than the interest rate on the forint.

Moreover, prior to the global financial and economic crisis in 2008, Hungary expected to introduce the euro in place of the more volatile forint as the national currency at a date in the not-too-distant future.

However, Hungarian borrowers had increasing difficulty making repayments on these loans following the drastic weakening of the Hungarian forint to the Swiss franc and the euro following the onset of the global financial and economic crisis.

Hungary was, moreover, compelled to at least temporarily abandon the notion of adopting the euro amid the volatility and uncertainty surrounding the financial and economic crisis.

Primarily as a result of the weakening of the forint, Hungarians were having trouble making repayments on slightly over one-fifth of the total amount of their FX loans when Prime Minister Viktor Orbán returned to power in 2010 (source in English).

The Orbán government faced the following household foreign-currency debt crisis in May 2010 (source in English):

To verify above calculation of total household foreign-currency debt: open National Bank of Hungary Excel table Composition of loans extended to the household sector; add gross total debt from items 1.3 (housing), 1.5 (home equity), 1.7 (personal) and 1.9 (vehicle) for the time period 2010.06. To verify the above calculation of total household foreign-currency debt classified as problematic: subtract the total stock of debt classified as problem-free in each of these tables from the gross total debt and add the remaining sums.

According to the original agreement, the borrowers would then repay the difference in the fixed rate and the actual market rate for these currencies in forints following the expiration of this three-year period. However, the National Assembly voted on May 28, 2013, to make the fixed-rate repayment plan permanent.

On December 15, 2011, the Orbán government and the Hungarian Bank Association concluded an agreement allowing borrowers to repay the entire sum of their Swiss franc–denominated and euro-denominated loans at these fixed rates by March 1, 2012. Banks would then be permitted to deduct one-third of the exchange-rate losses stemming from this agreement from their payment of the government’s financial-sector tax in 2012.

A total of 169,256 Hungarians repaid 1.35 trillion forints in Swiss franc–denominated and euro-denominated loans in their entirety in accordance with the so-called “final-repayment” (végtörlesztés) agreement, amounting to 24.1 percent of the stock of all loans denominated in these currencies (source in Hungarian).

The May 2011 exchange-rate agreement between the Orbán government and the Hungarian Bank Association also established the state-owned National Asset Manager (Nemzeti Eszközkezelő) to purchase houses repossessed from Swiss franc–denominated and euro-denominated mortgage holders at between 30 percent and 55 percent of their market value and rent them to these borrowers in order to prevent their eviction. The National Asset Manager would also launch a program to build houses for FX borrowers who had defaulted on their loans and lost their homes.

The Curia building in Budapest.

On November 8, 2013, Prime Minister Viktor Orbán said during an interview on state-run Kossuth Radio that Hungary’s supreme court, the Curia, should issue a decision establishing legal uniformity with regard to the lawfulness of foreign-currency-denominated loan contracts (source in Hungarian).

On November 30, 2013, the Orbán government asked Hungary’s Constitutional Court to examine the compatibility of foreign-currency-denominated loans with the Fundamental Law from the perspective of consumer-protection, equitable market competition, abuse of power, human dignity and the democratic rule of law (source A and B in Hungarian).

On December 16, 2013, the Curia issued its decision on the matter, declaring that foreign-currency-denominated loan contracts were legally valid and did not violate moral standards or represent usury. The supreme court proclaimed that borrowers bore the risks of exchange-rate fluctuations affecting the amount of their repayments on FX loans. Fidesz National Assembly officials harshly criticized the Curia’s decision (see Having Your Cake).

On March 17, 2014, Hungary’s Constitutional Court decided that in exceptional instances the government could intervene to modify the conditions of FX loans, though must take the interests of both the bank and the borrower into account when doing so. The court furthermore stated that it is not authorized to take action with regard to specific foreign-currency-denominated loan contracts (source in Hungarian).

However, on June 16, 2014, the Curia declared in a subsequent decision that the unilateral increases banks had made to the interest rates charged on foreign-currency loans and use of their own buy and sell exchange-rates rather than official National Bank of Hungary exchange rates in the calculation of disbursement and repayment of FX loans had been “unfair” (source in Hungarian).

On July 4, 2014, the National Assembly approved a Fidesz-sponsored law regarding foreign-currency loans pursuant to the Curia’s decision that two elements of FX loan contracts had been unfair (source in Hungarian).

The legislation requires banks to repay all borrowers—both those with loans in foreign currency and those with loans in forints—for increases in repayment installments that resulted from unilateral interest-rate hikes unless the banks can prove in court that such rises were justified pursuant to the Curia’s June 16 ruling.

The legislation also requires banks to reimburse foreign-currency borrowers for the financial losses they incurred as a result of using their own buy and sell exchange rates rather than the National Bank of Hungary mid-rate to calculate disbursement and repayment of FX loans.

Hungarian Liberal Party representative Gábor Fodor was the only member of the National Assembly to vote against the law (source in Hungarian).

Prime Minister Viktor Orbán declared after the adoption of the law “It could easily be that we have opened a new era . . . it could be that the age of fair banks will finally arrive to Hungary” (source in Hungarian).

National Bank of Hungary Deputy Governor Ádám Balog estimated that the law would cost banks in Hungary between 600 billion and 900 billion forints, or approximately 2 billion to 3 billion euros (source in Hungarian).

The Orbán government banned foreign-currency-denominated loans in Hungary on July 1, 2010.

However, on May 30, 2011, Prime Minister Orbán announced that the government would lift the prohibition on foreign-currency-denominated loans, noting that European Union regulations made such a ban difficult, though would restrict those eligible for FX loans to those who earn an income of at least fifteen times the minimum wage calculated in the foreign currency in which the loan is denominated.

On June 27, 2013, The European Commission launched an infringement procedure against Hungary for this limitation on eligibility for foreign-currency-denominated mortgages on the grounds that it violated the European Union principle of the free movement of capital.

Speaking on Kossuth Radio on July 26, 2013, Prime Minister Viktor Orbán said “The institution of foreign-currency-denominated loans must be removed from the Hungarian financial system,” adding “Now there are such loans. In the future there will not be” (source in Hungarian).

In an interview with the opposition newspaper Népszabadság published on June 26, 2014, National Economy Minister Mihály Varga said that the government would initiate measures to convert all outstanding Swiss franc–denominated and euro-denominated loans into forints and again ban foreign-currency loans in Hungary before the end of the year (source in Hungarian).

Forintization and the Fair Bank Law

The forintization law required banks to convert all repayment installments on FX mortgages into forints beginning on January 1, 2015 at the official National Bank of Hungary rates registered on November 7, 2014—256.60 for the Swiss franc and 308.97 for the euro. The law provided borrowers who earn a regular income in the foreign currency in which their FX mortgages are denominated and those who would pay higher interest rates on the forintized mortgages than on the original FX mortgages with the option of retaining their foreign-currency-denominated mortgages rather than having them converted into forints (source in Hungarian).

Justice Minister Trócsányi said that the monthly loan repayments of FX mortgage borrowers in Hungary would fall by between 25 and 30 percent as a result of this measure (source in Hungarian).

The Fair Bank Law, which went into effect on February 1, 2015, restricts banks to one unilateral interest-rate hike every three years and five total interest-rate increases on any single loan (source in Hungarian).