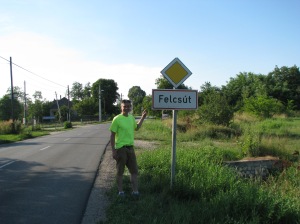 Just happened to be passing through.

My name is Sean Lambert. I earn my living as a freelance Hungarian-to-English translator, primarily of historical texts. I previously worked for many years as an English-language journalist for the Hungarian News Agency MTI. I was born in New York City and raised in the western part of the U.S. state of Wisconsin. I earned a B.A. in history at the University of Minnesota and an M.A. in Hungarian Studies at Indiana University before moving to Budapest with my Hungarian wife in 2002. I launched The Orange Files in 2013 to document the rise of illiberal democracy in Hungary.