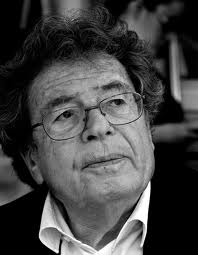 All forms of anti-democratic anti-communism, all revenge-inspired rightism, are contrary to the enduring interests of Hungarian Jews. If a considerable portion of the Hungarian middle class for some reason decides it does not want liberal democracy after all, then the only thing remaining for it would be some type of peripheral amalgam of nationalism and communism, some kind of national-communist authoritative state endowed with its own unique brand of paternalism.

Konrád wrote this paragraph before Hungary’s first democratic elections, during the final year of the Hungarian Socialist Workers’ Party dictatorship. It is a farsighted reflection on the consequences of the possible failure of Hungary’s transition to democracy—a failure that, unfortunately for all Hungarian citizens, non-Jewish and Jewish alike, took place in precisely the manner he envisioned with Fidesz’s election victory in 2010.

Note: This is an Orange Files translation of the paragraph, which appears on p. 59 of a collection of Konrád’s essays called Zsidókról [About Jews]. This essay was published in English translation in the 1999 book The Invisible Voice: Meditations on Jewish Themes, to which Orange Files does not have access.