May 29, 2014 By Orange Files in political aesthetics, Szőcs Leave a comment 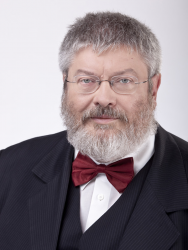 On May 27, Orbán Government Commissioner Géza Szőcs announced that he had selected the design (below) for the Hungarian Pavilion at the Expo 15 world’s fair beginning in Milan, Italy next spring. Commissioner Szőcs, a poet from Transylvania, said that due to technical problems he rejected another design that a professional committee had selected in January (see rejected design). The government will spend 2 billion forints (6.6 million euros) to build the pavilion, which features two shaman drums displaying the Tree of Life element of Hungarian shamanism on either end of a ribbed Noah’s Ark-like structure (source in Hungarian). The designers describe the Hungarian pavilion for Expo 15 as “a place that offers and alternative to the paradigm causing the current global crisis. It makes it possible to feel the beauty and healing power of the natural world and at the same time our responsibility for our Earth and our own health” (source in Hungarian).

I thought that I would take it upon myself to tell you, and I even started to explain in detail why, but I still find myself feeling confused. This design is so . . . rather it is so not . . . that is, I just can’t find the words. Suddenly I cannot explain to you in an intelligent way why and to what extent this monstrosity that you want to build in the name of Hungary in Milan is not a solution. I have worked as an architectural critic for seven years, though this has never happened to me before: to criticize this plan from an architectural standpoint is simply impossible.