November 19, 2013 By Orange Files in Orbán Leave a comment

For a long time after the Orbán government came to power in Hungary following 2010 national elections, dissidents in the country believed that it was a passing phenomenon, a relatively brief and natural anti-democratic regression following twenty years of tough progress in the construction of post-communist democracy.

They no longer believe this. Everybody in the Hungary—whether they are among the vast majority of voters who support the government or the shrinking minority who oppose it—knows and feels in their bones that Orbán is going to lead the country for years, if not decades, to come.

This is not politics as usual. Since Prime Minister Viktor Orbán came to office three and a half years ago with the unquestioning support of a two-thirds majority of the National Assembly, he has systematically dismantled the liberal western democracy built in Hungary following the collapse of communism and replaced it with an authoritarian eastern democracy—Putinism Lite.

The opposition is fractured, enervated and sinking out of sight in the polls. The eastern-style guided capitalist economy that the Orbán administration has put in place appears to be working much better than skeptics expected. Hungarians are not prospering, but the government has brought them a somewhat greater degree of economic stability and reinforced their loyalty through centrally mandated twenty-percent cuts to their electricity, gas and heating bills. 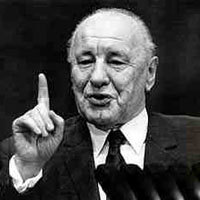 The Fidesz–Christian Democratic People’s Party (KDNP) alliance already has 2014 general election in the bag. The only question that remains to be answered is whether the party will maintain its super majority in the National Assembly.

Even if the opposition regains its footing and wins 2018 elections, a Fidesz.KDNP-elected president, conceivably Orbán himself, will have the power to dissolve the National Assembly and call new elections if the Fidesz-appointed State Budget Council does not approve the draft budget for the following year. This seems like an outlandish prospect within a democratic system. But one must remember that Hungary is no longer a democracy in the western sense of the term.

Moreover, any future democratic government will be saddled with the large number of Fidesz-KDNP-adopted Cardinal Laws that serve as the foundation for Hungary’s current semi-authoritarian political and institutional structure. Such laws require the support of two-thirds of the representatives in the National Assembly to amend or repeal. No government composed of the current democratic opposition is likely to gain the degree of support needed to change these Cardinal Laws. 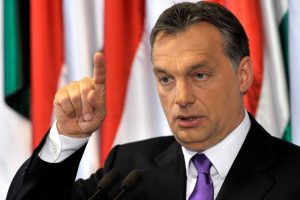 Orbán: how long will he rule Hungary?

For a long time pro-Western, pro-democracy Hungarians believed that the intoxicating spell of the Orbán government’s neo-tribal, collectivist, Christian-nationalist ideology would wear off quickly, that the electorate would come to its senses and begin to resist the authoritarian restoration that has been taking place since 2010. They believed that the forces of democracy would return to power and resurrect the Third Hungarian Republic in both structure and spirit before the Orbán government could do irreversible damage to it.

They have realized over the past few months that this was an illusion. Orbán and Orbánism are well on their way to becoming as deeply entrenched in Hungary as were Horthy and Horthyism during the interwar period and Kádár and Kádárism following the 1956 Hungarian Revolution.

This is not politics as usual.

This is the start of something big.