The free newspapers derive a significant proportion of their revenue from publicly financed advertisements for the Orbán government or state-owned companies such as the Hungarian Electrical Works, Hungarian State Railways and lottery company Szerencsejáték.

Most of the articles published in Lokál and Lokál Extra just before the April 8 National Assembly election promoted the campaign strategy and platform of the Orbán government and the Fidesz-KDNP alliance, portraying Muslim migration as a grave security, cultural and religious threat to Hungary and depicting Prime Minister Orbán and the parties under his command as the political forces that are willing and able to defend the country from this menace and the opposition parties and their leaders as the pawns of Hungarian-American investor and philanthropist George/György Soros and the local proponents of his alleged pro-migration policies known collectively as the Soros Plan.

Appearing underneath the scanned images of pages from Lokál and Lokál Extra are translations of the main titles and some of the secondary titles from the given page as well as excerpts from the text of some of the attending articles.

Note that Gábor Vona, who is the subject of many of the articles appearing below, is the president of the opposition party Jobbik. 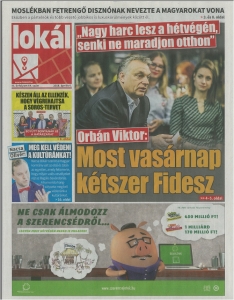 Viktor Orbán: “There is going to be a big battle this weekend. Nobody should stay at home.” 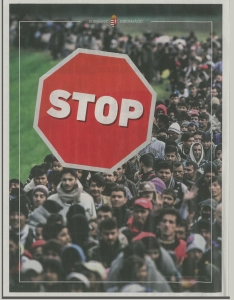 Orbán government campaign advertisement showing a stop sign superimposed on a dense column of migrants marching through the countryside somewhere along the Balkan migration route in 2015.

Soros’s Candidates SAID NO to the Fence

“They are lying. This summarizes the electoral machinations of the opposition. These political officials are eating from György Soros’s plate and can hardly wait to win on Sunday so they can open the way for migrants to come pouring into Hungary.” 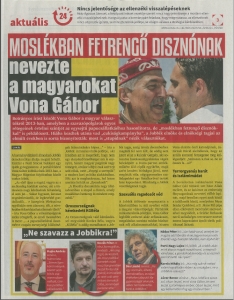 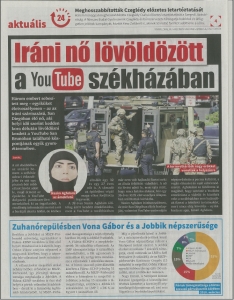 The Popularity of Gábor Vona and Jobbik Plummets

Vona Lied about His Terrorist Friend

“After several requests Jobbik President Gábor Vona finally acknowledged that he met during a Kurultáj [festival] with the Turkish extremist political official Musa Serdar Çelebi, who was earlier a suspect in the assassination attempt against Pope John Paul II.”

THEY WOULD DISMANTLE THE FENCE AND BRING MIGRANTS IN TO SETTLE

THE OPPOSITION IS LYING IN WAIT to Implement the Soros Plan

“Let nobody have any doubt! Lurking within the opposition are György Soros’s people, who are getting everything they need in order to try to defeat Fidesz on Sunday and then, implementing György Soros’s plan, dismantle the fence in order to open the gateway to Hungary before thousands, tens of thousands of migrants. The stakes in this election are therefore enormous.”

A Migrant Murdered a Women Who Wanted to Help Him

“A Somalian migrant stabbed to death a 22-year-old woman who was helping refugees at the reception camp in Mölndal in southern Sweden.”

“There are 186 no-go zones in Sweden, of which 55 are particularly dangerous. Migrants rape one in eight Swedish women. The number of sex crimes has risen 26 percent in Austria and 670 percent in Leipzig because of migrants. People of ‘foreign background’ commit one out of two crimes in Australia. Migrants commit 93 out of every 100 crimes in Germany. The number of crimes has risen 10.4 percent as a result of this. Migrants attacked 1,035 physicians in France last year alone. A total of 70 million people could leave Nigeria for Europe over the next five years.”

An Immigrant Committed a Stabbing While Shouting Allahu Akbar 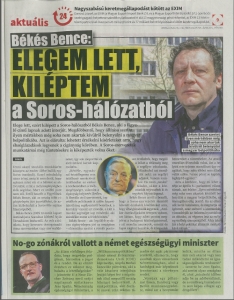 Bence Békés: I HAD ENOUGH AND LEFT the Soros Network

“He had enough, so Bence Békés, who gave an interview to Figyelő [a pro-government weekly], withdrew from the Soros network. It is shocking that, according to him, they have never before wanted to interfere from outside in Hungarian domestic politics to such a degree. He also revealed: it was possible to perceive an attempt for there to be hunger rebellions among Gypsies. Employees of Soros organizations would have trained them to hold demonstrations as well.”

The German Health Minister Acknowledged That There Are No-Gone Zones

“The Government Recognized the Danger of Immigration” Olivér Nacsa: We Must Defend Our Culture!

“According to Olivér Nacsa the Hungarian government was the first and perhaps the only one that recognized the true dangers of illegal immigration. The humorist emphasized: we must defend our culture.” 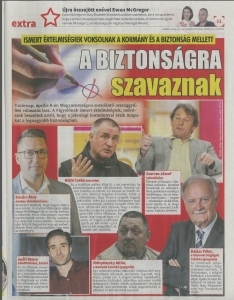 NOTED INTELLECTUALS ARE VOTING FOR THE GOVERNMENT AND SECURITY

They are voting for SECURITY

I would not like it if migrants overran our homeland

Several Hundreds of Thousands Would Come without the Border Barrier

Soros’s Candidates Would Swamp Us with Migrants

He Murdered, Lied and Got Away with It

“A Somalian migrant executed 22-year-old Alexandra Mezhert, who worked as a volunteer at the local refugee camp, in the city of Mölndal in Sweden.”

He Murdered the Unsuspecting American Woman

“An Italian court sentenced the Senegalese illegal immigrant who killed the American Ashley Olsen in Florence with particular brutality to 30 years in prison without parole.”

He Chopped the 18-Year-Old Girl into Pieces

“A 29-year-old Nigerian migrant murdered an 18-year-old girl and then chopped her into pieces in the city of Macerata in Italy.”

An Eritrean Woman Murdered Her Own Baby 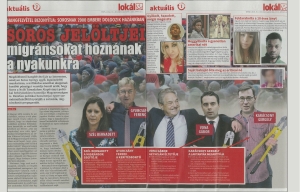 Soros’s Candidates Would Swamp Us with Migrants

One of Those Accused in the Assassination Attempt against the Pope IS THE MUSLIM FRIEND OF GÁBOR VONA!

This Is How the Internet Is Laughing at the Opposition